The ginkgo is an upright tree with unusual leaves shaped like a duck’s foot. Bright green leaves turn golden yellow in the fall and stay on the tree that way for several weeks.  Most of the leaves will drop over just a few days in the fall, making a golden carpet for a short time.

The ginkgo has survived pretty much unchanged since the time of dinosaurs. It prefers medium water and good drainage, and will benefit from nitrogen fertilizer. It is a slow grower for the first few years, becoming moderate after it establishes.

We recommend named varieties such as ‘Saratoga’, ‘Princeton Sentry’, or ‘Autumn Gold’, which are males. Female trees have a foul-smelling fruit in the fall, and are best avoided. 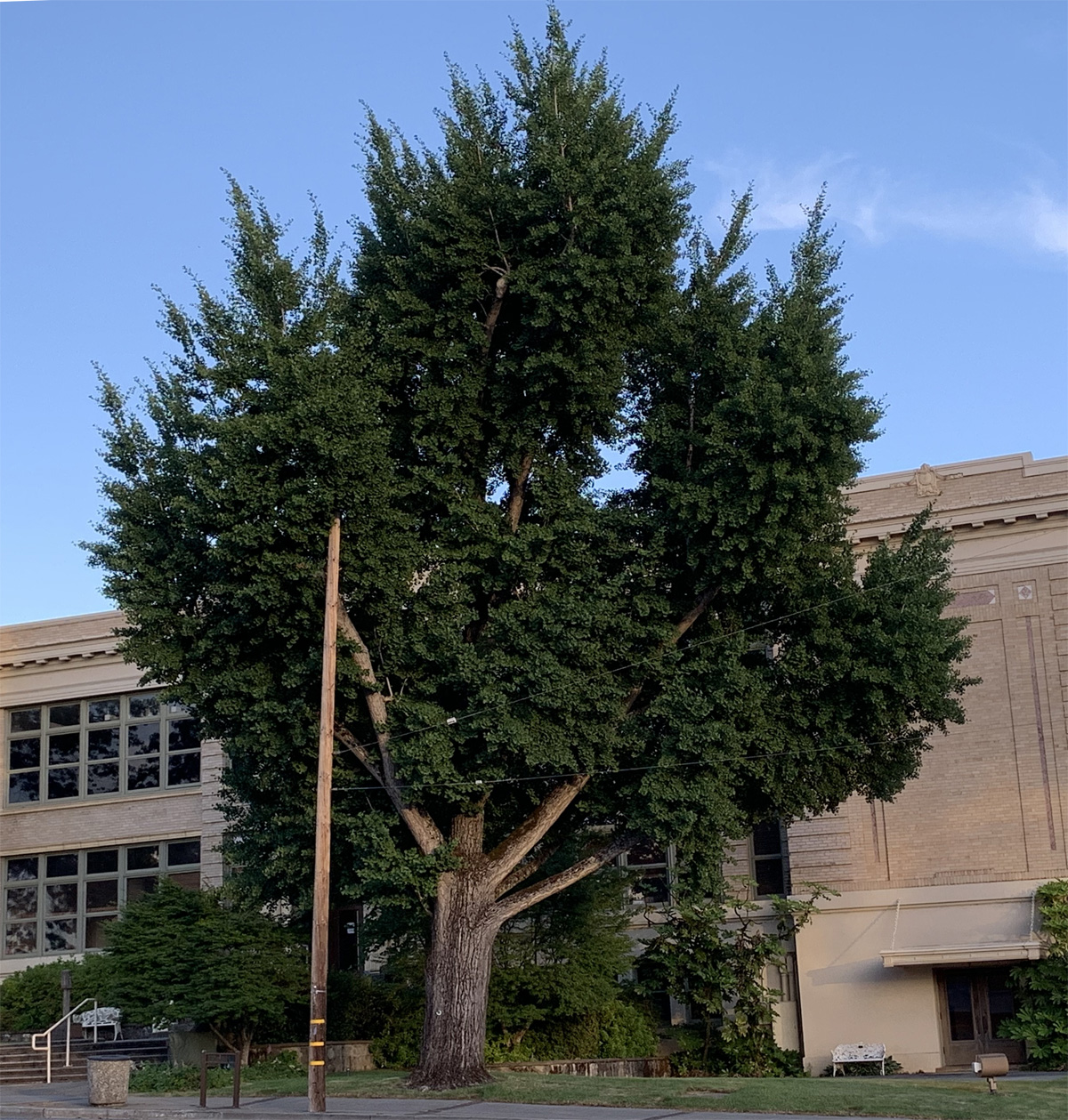 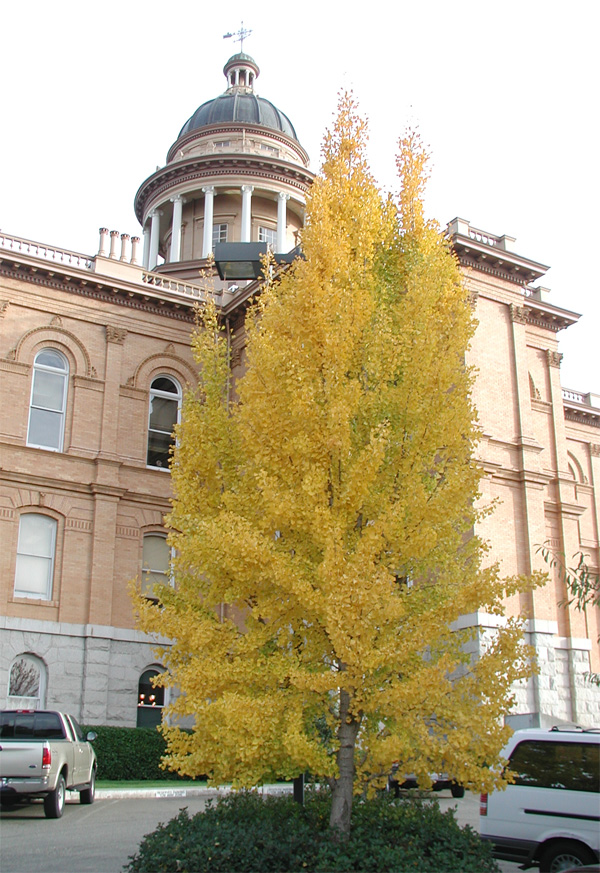 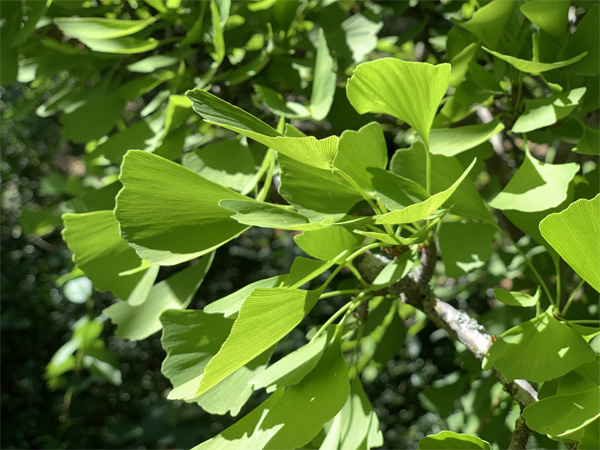 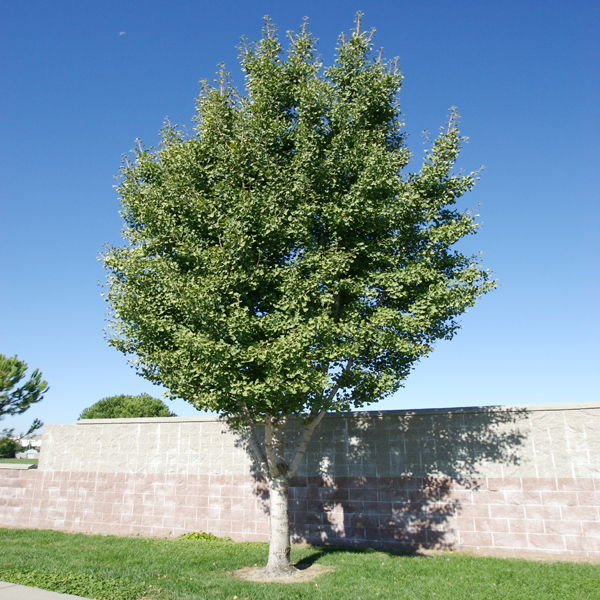