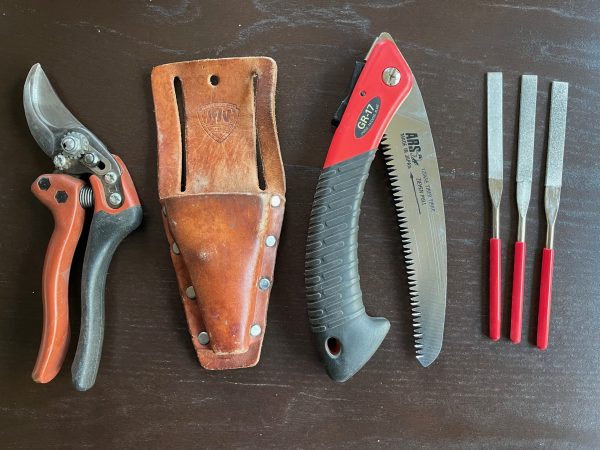 Pruning is much easier when you have the appropriate tools, and fortunately you don't need a lot to get started. A small number of good tools will cover your basic pruning needs. There is a lot of cheap pruning equipment out there, but it's worth investing in high-quality tools. They last longer, hold an edge better, and are easier to sharpen -- and they do a better job of pruning your plants.

To get started in pruning you only need four pieces of equipment:

There are two types of hand shears, and you need to make sure that you get the right type. The type you want is a bypass shear, which has two blades that move past each other like a pair of scissors. Bypass shears slice cleanly through the stem or branch you are cutting. 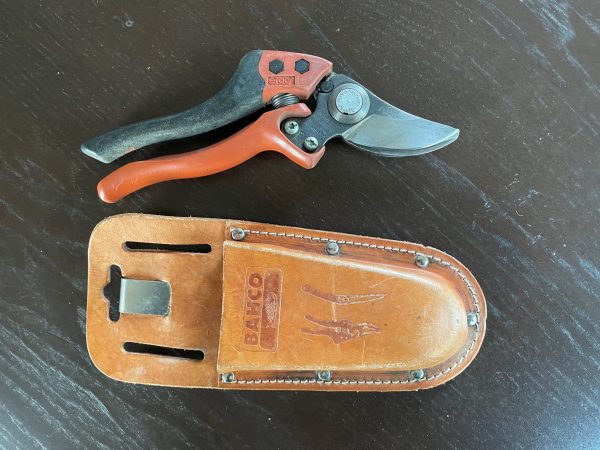 The pruners you don't want are anvil pruners. These have a single blade that cuts against a solid lower jaw (the anvil), like a knife on a cutting board. Anvil pruners are less expensive to make so they have the advantage of costing less, but the blade dulls quickly and tends to crush what it's cutting. They're fine for cutting dead stems and branches, but for pruning healthy plants the bypass pruners are better. 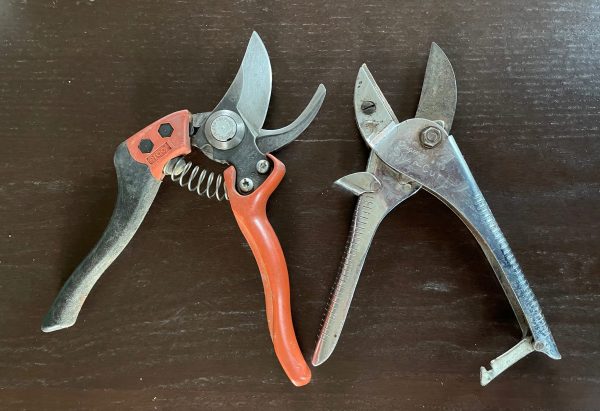 When you go to buy a pair of hand shears you will find a variety of sizes and shapes. Try them in your hand to see which ones feel most comfortable, and if possible try cutting a stem or branch with them. The weight of hand shears may also make a difference in how they feel and how long you can comfortabley cut with them. The higher quality steel that you find in a more expensive pair of shears is easier to sharpen and it will stay sharp longer and make smoother, cleaner cuts -- you don't want your plants to have open wounds or crushed branch ends.

If you expect to do a lot of serious pruning it may be worth getting shears with blades and other parts that are replaceable. A high-quality pair that is well cared for will last you the rest of your life. On the other hand, if you expect to just go out and make a few snips a year the extra expense may not be worth it. 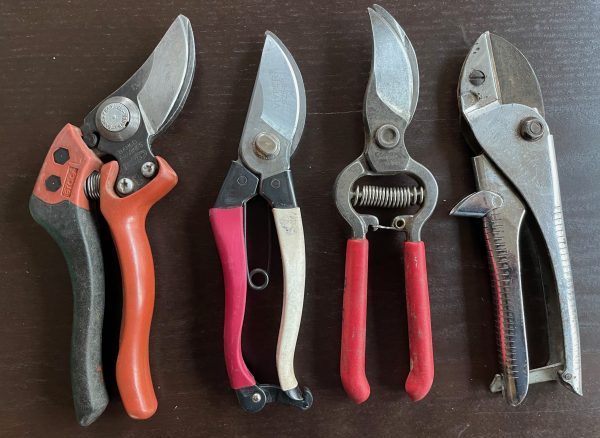 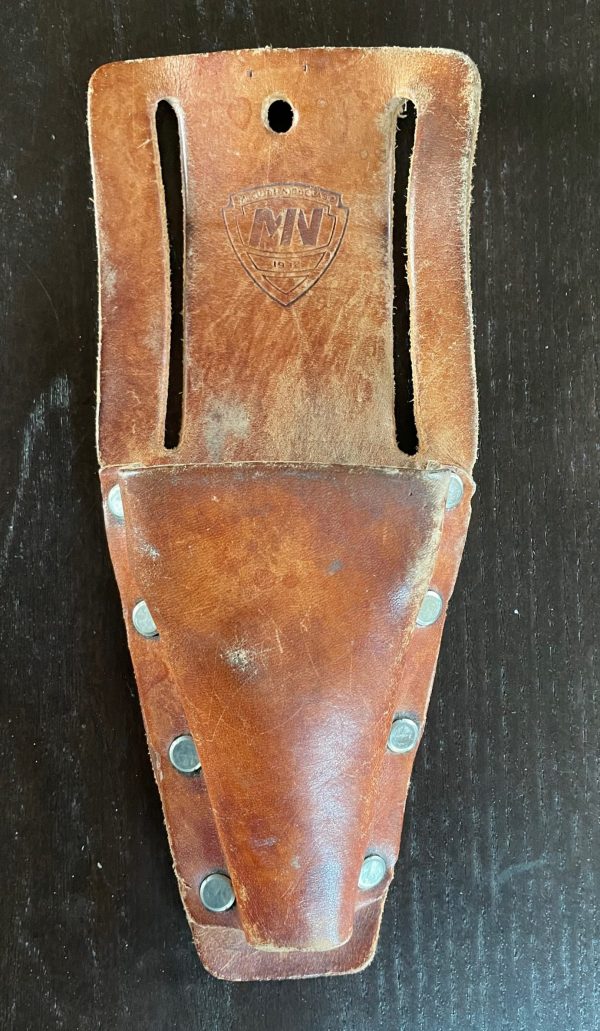 There's not much to say about a scabbard. It protects your hand shears and lets you hang them on your belt, which means that you're less likely to put your shears down and forget where they went.

Though plastic scabbards exist, I recommend a leather one. It will soften with time and conform to the shape of your shears, With an occasional application of boot oil or a heavy hand lotion it will acquire a comfortable, brown patina and last a long time.

Pruning saws meant for green wood cut quickly and efficiently through branches. Unlike a carpenter's saw, which is meant for cutting dry lumber, a pruning saw has special teeth designed for shearing the fibers of growing or newly cut wood. These teeth are triangular in shape and are extremely sharp -- be careful not to cut yourself.

Pruning saws come in two forms: folding saws and saws with a fixed blade. A folding saw is usually smaller, and the blade folds into the handle when not in use. This protects both you and the blade, and lets you carry the saw in a pocket.

A saw with a fixed blade is typically longer than a folding saw, which lets it cut larger branches. I recommend that you get a scabbard to go with your saw; it will help keep the blade sharp and let you hang the saw from your belt, as well as protect you from those sharp teeth.

Pruning saws generally cut on the pull stroke, unlike the typical carpenter's saw that cuts on the push stroke. Since the blade on a pull saw doesn't need to be stiff enough to push its way through the wood, it can be thinner and lighter than a push saw blade. That lets it cut more quickly (less wood to cut with a narrower blade) and with reduced effort. Smaller saws, like most folding pruning saws, are good at getting into small spaces to make a cut. Larger saws, particularly those with fixed blades, are good at getting through thicker branches quickly. You will be surprised at how quickly and easily you can make cuts with a good pruning saw.

Most pruning saws have curved blades. The curve helps the saw stay in the cut, a particularly handy property when you are  making a cut from an awkward position.

Did I mention that pruning saw blades are especially sharp? Don't try to keep the saw in your hand when you are hauling away that branch you've just cut. Instead, fold the saw or put it in its scabbard before wrestling with your cuttings. 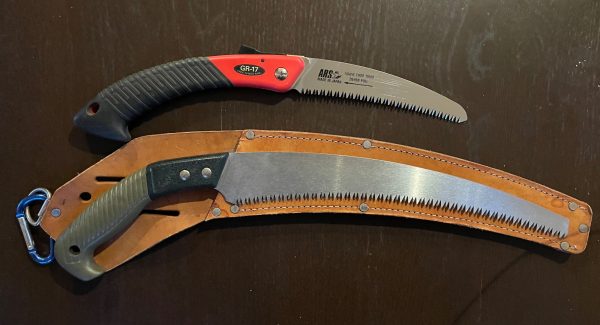 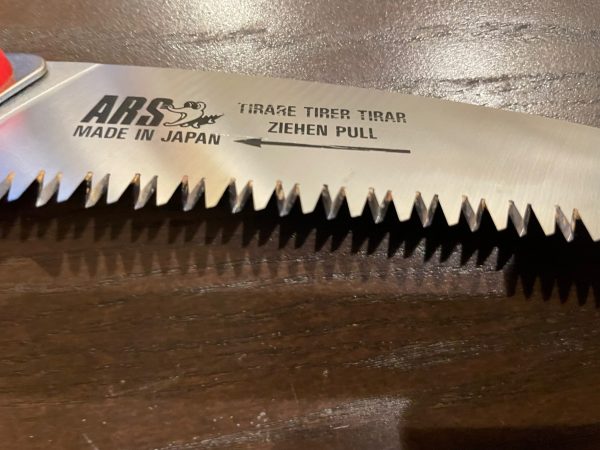 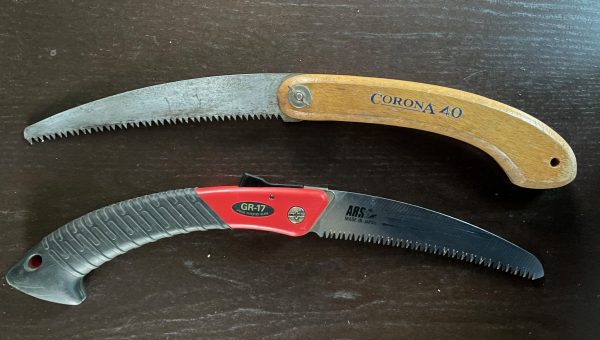 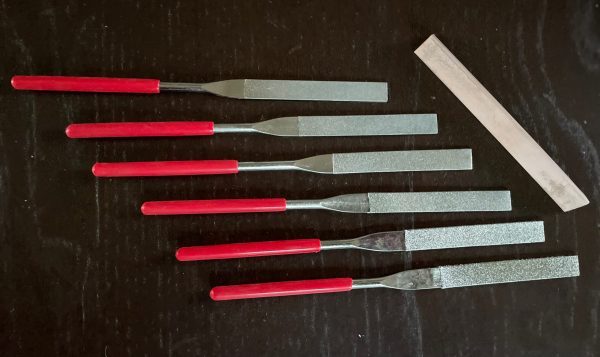 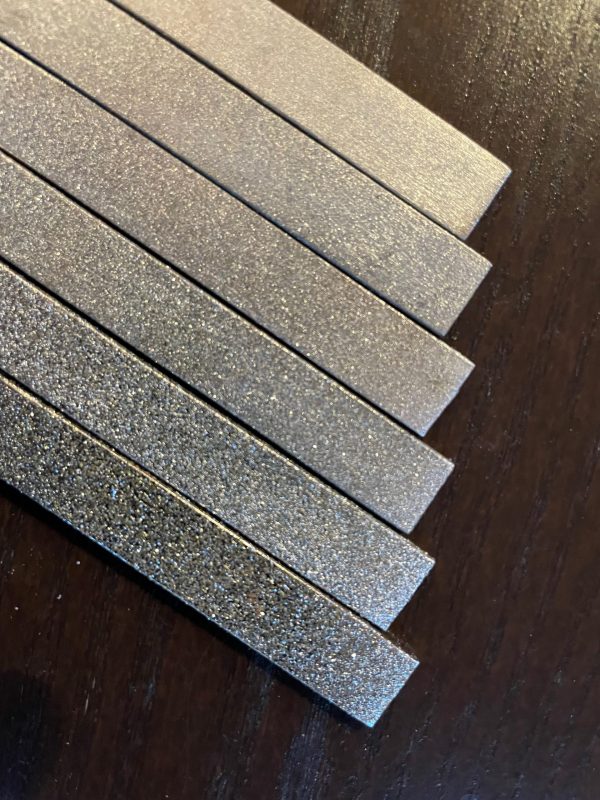 Unless you're really handy with tools, sharpening a pruning saw is a task best left to professionals. But it's easy to sharpen your hand shears, and sharp blades do a much better job, more easily, and with less damage to your plants.

Sharpening tools for hand shears are simple and inexpensive. You can use diamond files (much less expensive than they sound), a tungsten carbide sharpener, or a small sharpening stone. A few simple swipes with your sharpener can keep your shears sharp with little effort, giving you clean cuts and healthier plants.

As you go forward in your pruning career you may find other equipment and tools that are useful. Loppers, both short- and long-handled, let you get deeper into plants where it may be hard to go with hand shears. Hedge shears allow you to trim dense shrubbery efficiently, particularly where you need to maintain flat surfaces. Pole saws are good for making branch cuts in trees that are too tall to reach from the ground with a regular pruning saw.

But you will find that you can do a surprisingly large amount of pruning with the four basic pieces of equipment I've discussed here.